We rapidly iterate through software implementations, checking each iterative iOS and Android app build until all stakeholders are happy with the results.

Iterate Software Implementations
You are here 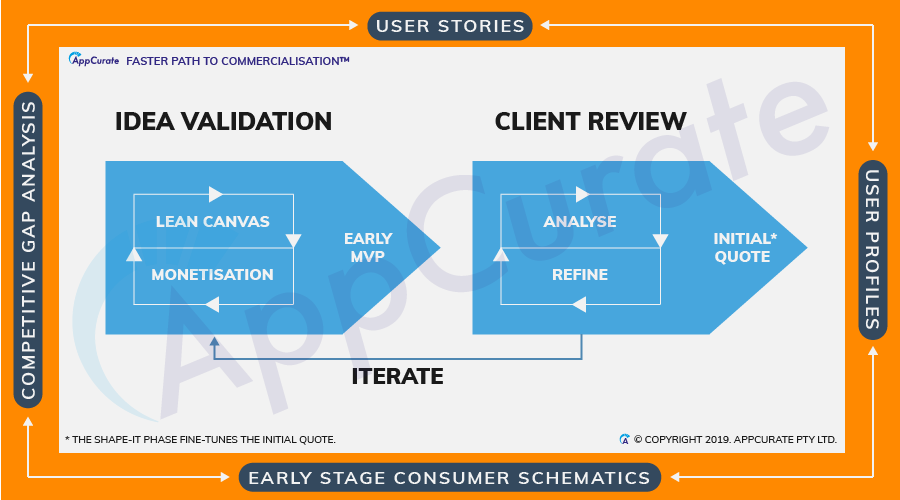 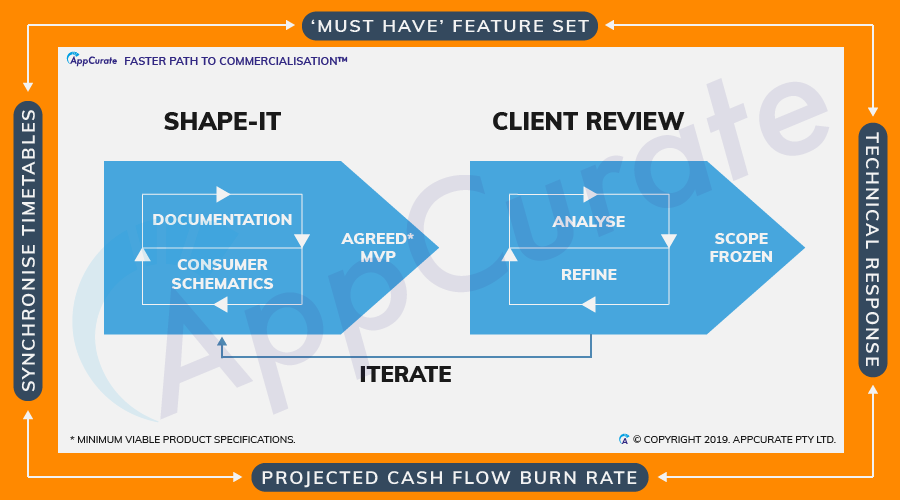 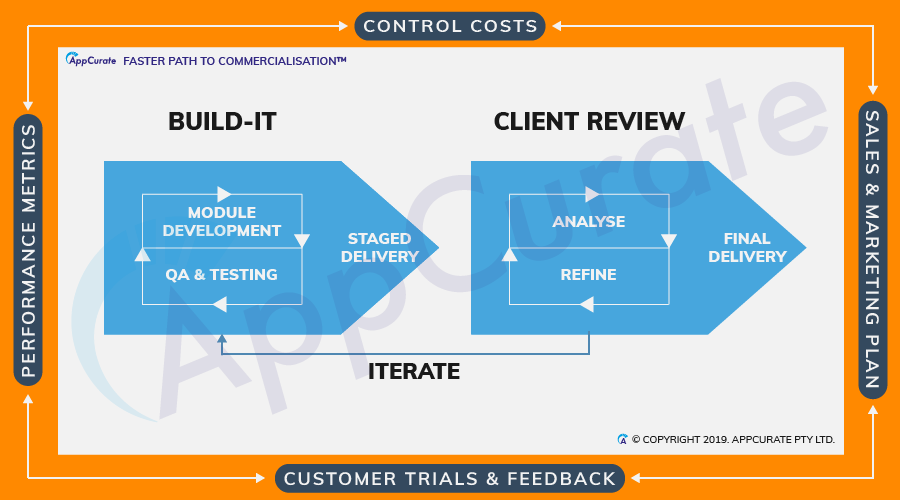 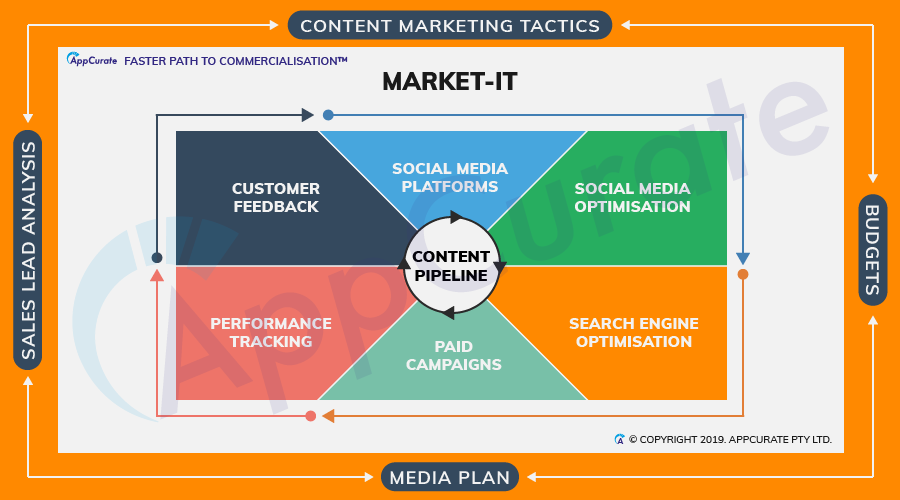 Planning is done and the project scope is frozen, now it’s time to ‘tool up’ and build your iOS and Android apps, website or minimum viable product (MVP).

Our software developers build the product as described in the product requirements and technical/software specifications from the Shape-It Phase.

We Focus on Iterative Builds

Iterative builds because there are still learnings to be gained while the product is built.

Furthermore, we meet with the client in regular cadence, reviewing what has been built, clearing issues and prioritising the next task. AppCurate actively works with the client to review these iterative builds and, if necessary, change the requirements at the lowest possible cost.

As we implement customer trials — even the best efforts require testing with users feeding back changes while we manage bug fixes.

To quote the Brisbane Times, “Building apps on a good idea: you get what you pay for”.

“The idea for Mr Tradie was born from Dan’s (owner of Mr Tradie) conversation at the pub with several tradespeople friends who were struggling to find customers but were relying on word-of-mouth and referral networks rather than marketing and establishing an online presence.

Dan has no background in app development, he’s a stockbroker. His advice for people wanting to bring their app ideas to life is to invest lots of time and effort in the planning stage rather than making changes later which can cost thousands of extra dollars and delay the project by months.

When you’re talking to an app developer there can be a massive language barrier and it’s hard to get your ideas across but if you make changes later it costs money, which I wasn’t aware of when I started out, he says. Second time around I had to draw a flow diagram of the entire app, explaining every page, so they could really appreciate what I wanted and then turn it into code.”

Decreasing the Cost of Software Development

Spend twice the time in software development planning — Ideas and Shape-It Phases — and you’ll save close-to-half the cost and time on the Build-It Phase.

Who Would Use this Build-It Phase?

AppCurate gets you on a Faster Path to Commercialisation™